The worlds most popular folding trimarans

Corsair Marine International is a sailboat builder that specializes in trailerable trimarans.

Originally located in San Diego, California, the company was founded in 1984 by John Walton (son of Sam Walton, founder of the retail giant, Wal Mart) to build and market the Corsair F-27 trailerable trimaran designed by Ian Farrier. Over the next decade, new designs were added and the company expanded to offer a full range of folding trimarans from 24ft through to 37ft.

The popularity of these amazing designs continued to grow – both in the United States and beyond with Dealers appointed worldwide.

In 2006, the company relocated its headquarters and production facilities from San Diego, California to Ho Chi Minh City (HCMC), Vietnam. Chosen for its central location, political stability, booming economy and large pool of talented labor, a number of key staff relocated to Vietnam from California to facilitate the migration of the business and the setting up and running of the factory.

In 2011 the brand was acquired by Australian company Seawind Group Holdings, Pty Ltd. Who also build the SEAWIND range of cruising catamarans. This is an ideal combination bringing the high tech construction techniques to the Seawind range of catamarans and the interior and cruising design capability to the Corsair range of trimarans, all built in the Ho Chi Minh factory. The merits of this blend of skills can now be seen in all the Corsair models but especially in the new Corsair 880 model. 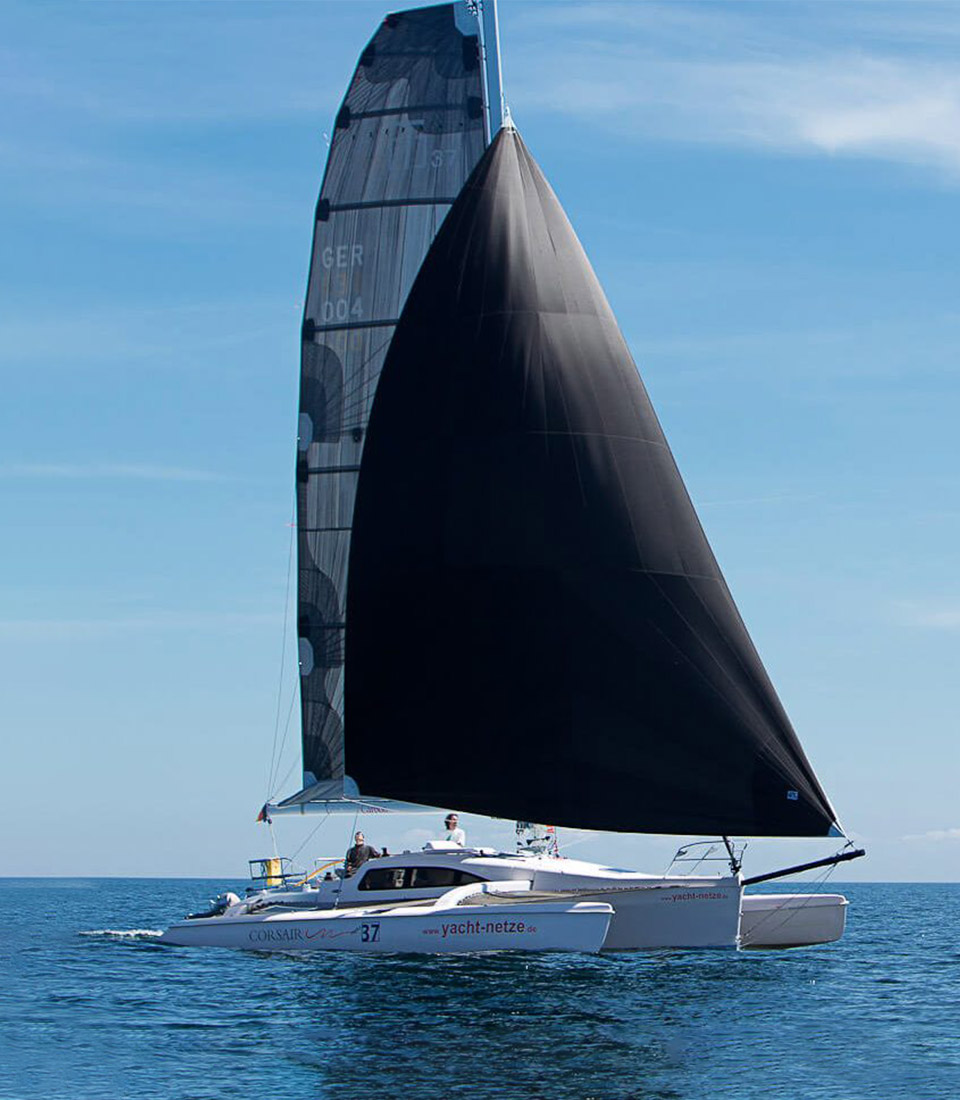 Corsair Trimarans have received acclaim and awards across the globe, and are the resounding choice of demanding sailors. That’s not just because they are fast: these are folding trimarans that deliver ease-of-use, but without sacrificing on performance – effortless performance. With a rich 30-year tradition as a world leader in high quality multihull manufacturing, Corsairs models have evolved and perfected the art of safety at high speed and appeal on every level. Suited to day sailing, family cruising, and racing, there are now more than 2500 Corsairs launched. We are pleased to present you with the current range of Corsair trimarans – from the 6-metre Pulse 600, to the legendary Corsair 37, and now the all-new Corsair 880, which represents the pinnacle of trimaran design…

Speed, acceleration, and manoeuvrability make Corsairs especially fun to sail. Perfectly balanced, the helm on a Corsair is always light and responsive – tacking is dingy-like and can even be done using only the sails, with the kick-up rudder out of the water. Continuous 360 degree turns are possible, helm hard over, without having to touch the sheets. On a reach, acceleration and speeds are exhilarating, especially when using the roller furling screechers.

Corsairs provide enjoyable family cruising. A priority of their design was to deliver maximum roominess in cabin and cockpit, with ease of handling and of course, safety – that effortless speed is a bonus! Boat speed often equals true wind velocity, and in a Corsair speeds of 15knots are common place and exceeding 20 knots is possible. This allows cruisers to bring many more destinations within range. Corsairs point as high as most monohulls, and tack easily with no tendency to get caught in irons. Lifting rudders, daggerboards, and tilting engines also means shallow harbours and drying moorings are easy to explore, further adding to your cruising possibilities. Corsairs are well-rounded and versatile. 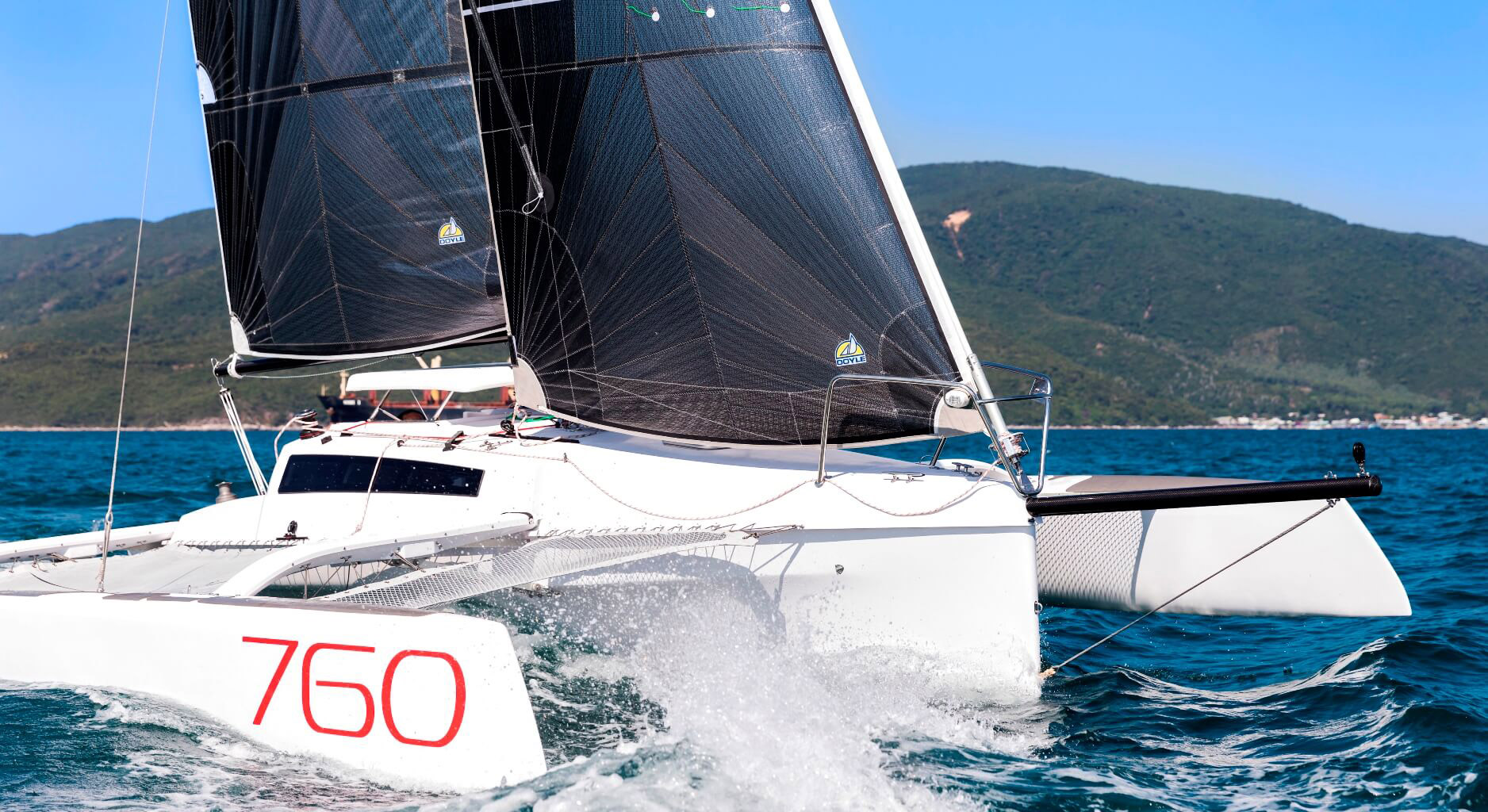